People designated with this tag have been classified as active members of a terrorist organization or are lone wolf terrorists. 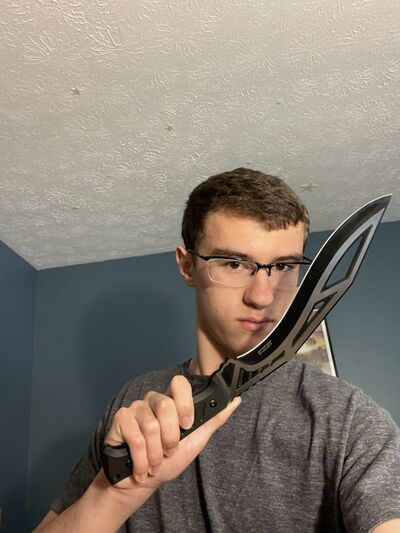 Hayden Jagst (born 2003) is a zoomer from Brighton, Michigan, or as he liked to call it, "Gretchen Whitler's People's Republic of the Mitten". His interests included activities which are completely normal for a young adult:

Up until the murder, Hayden was your usual disaffected youth growing up in one of the most conservative counties in Michigan. His father, Edward D. Jagst (1972-2021) (archive), was a police officer, even serving on the Honor Guard and also as a resource officer at a nearby high school.

On June 21, 2021, Hayden allegedly took a rifle to his father and killed him with a single shot to the head. He then fled in his car, leaving his mother and sister to deal with the carnage. Police later contacted Hayden and convinced him to turn himself in. He underwent a psychological evaluation, he has been arraigned, and he will face trial for one count of open murder, two counts of felony firearm, carrying with unlawful intent, and carrying a concealed weapon.

His postings in the Columbine Massacre forum can certainly be held under scrutiny. Here are some examples, but a simple search for "Carnifex879" will yield plenty:

Of course, no one over there thought to redact or delete any of his stupid posts, and instead they all decided to have a five page, 250+ post thread about how they couldn't believe that an 18 year old kid who idolized a couple of school shooters could ever be capable of the heinous act of killing his own father: https://columbinemassacre.forumotio...-murdered-his-father-and-is-in-police-custody (archives: 1 2 3 4 5)

Here's a sample from just the first page of that thread. It gets better as you go. 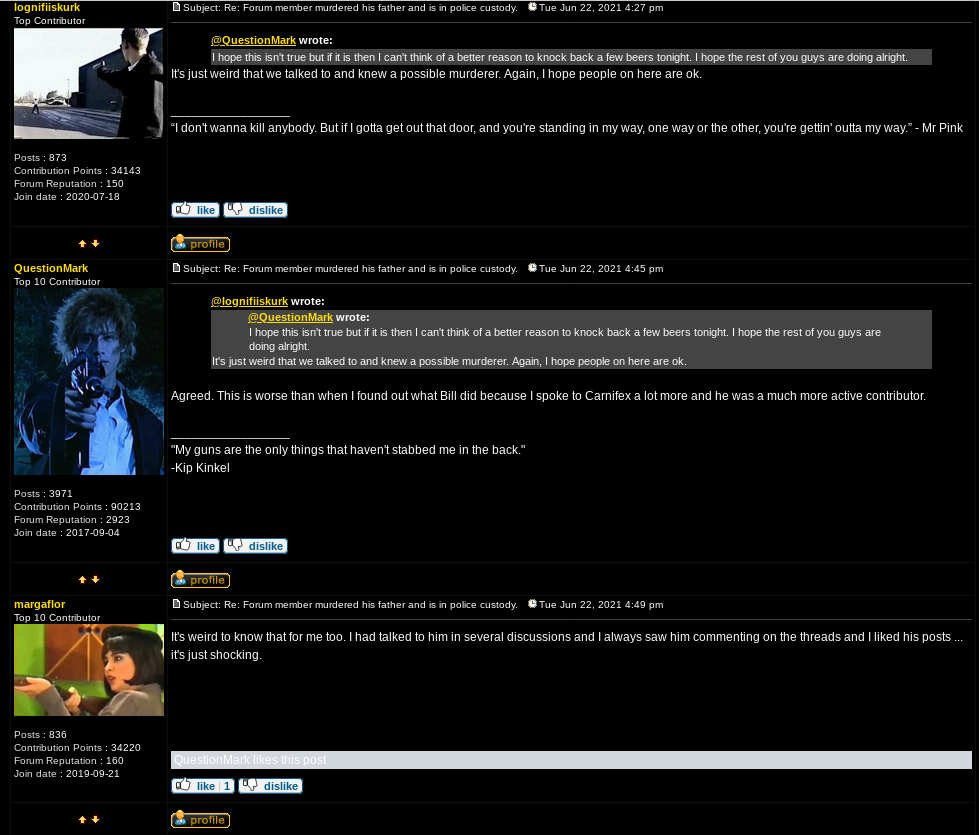 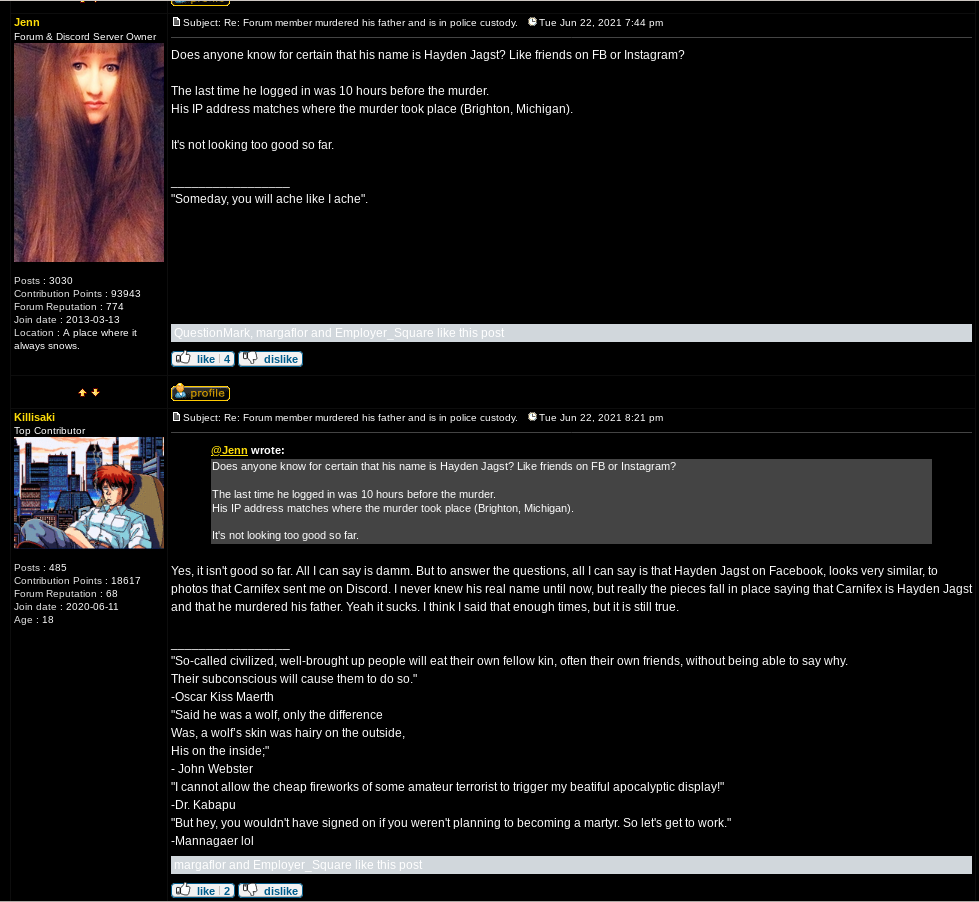 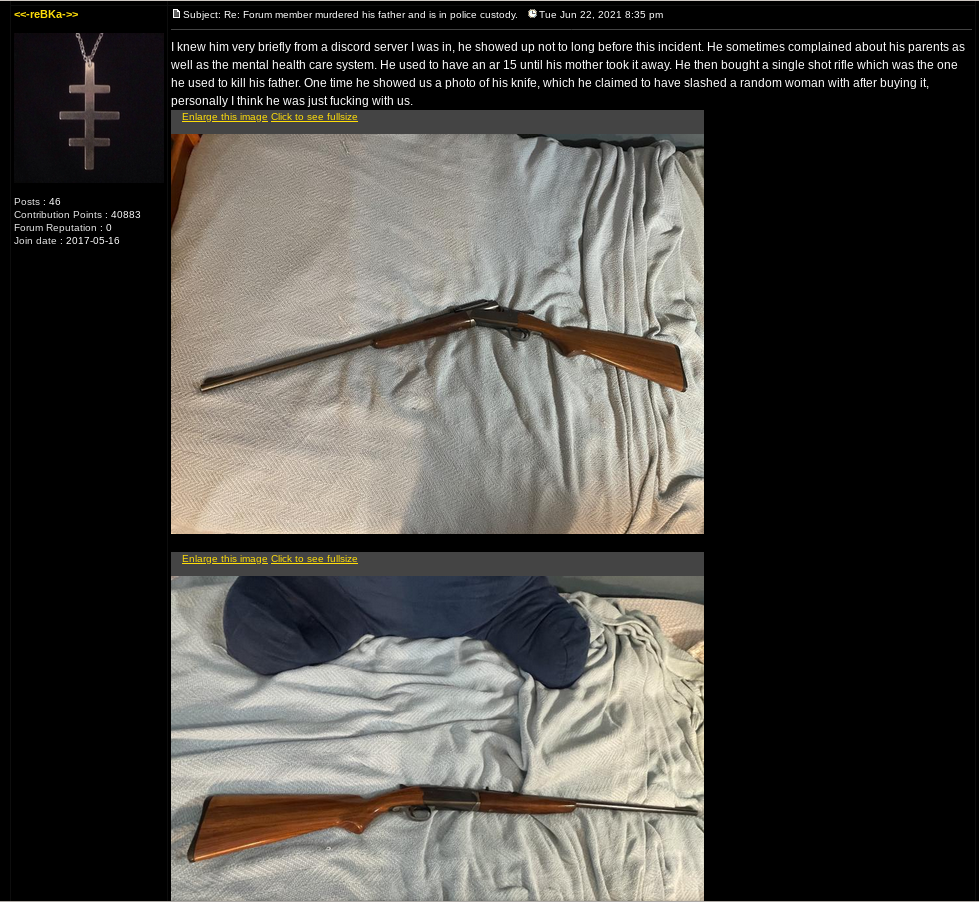 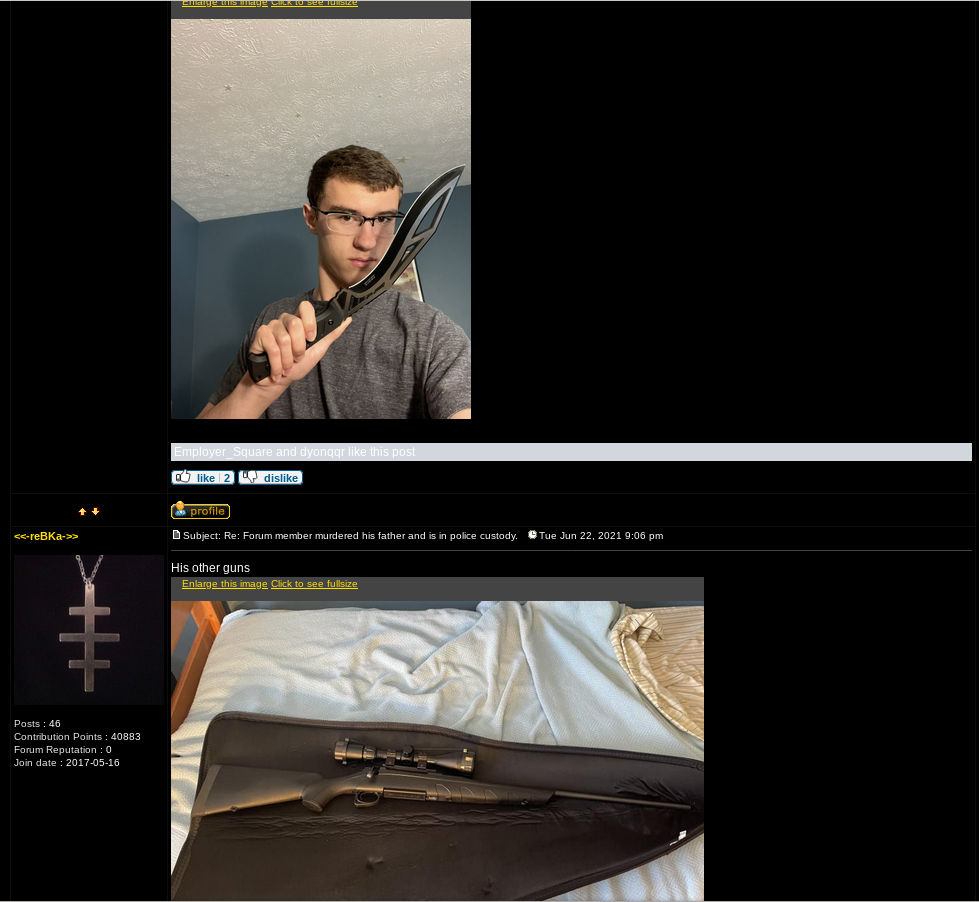 His actions got some notice on ED and their forums:

CORRECTION: Mommy took the AR-15 away, so it was not used as the alleged murder weapon. This has been noted. It's also been noted that the kid had an AR-15. Must have been a hard life.
Last edited: Sep 28, 2021

Staff member
Super Moderator
Registered
He's like the 5th or 6th to come from the columbine forums.