James Maina Nganga is a famous wealthy televangelist pastor who has been all over the Kenya press. 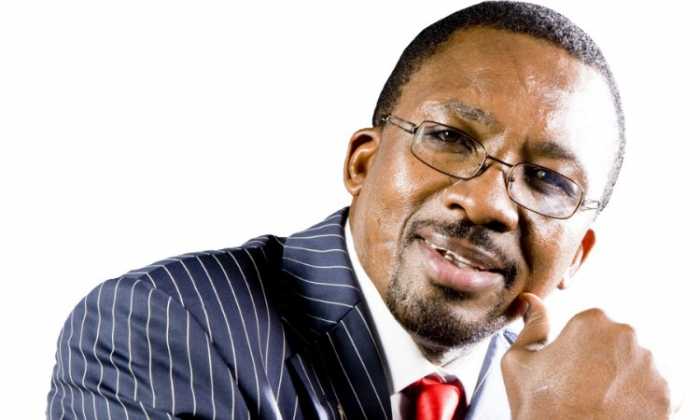 For starters, he was 66 years old as of 2019. He married Loise Murugi in 2012 after his first wife (with whom he had four children) had passed away. And this is when the lolcowery started. She filed at the Milimani Children's Court in Nairobi claiming he was physically abusive and not providing for her two children. She also later learnt that he was adulterous, sleeping with staff and bringing married women to their matrimonial bed.

While they were traveling to China for Loise's sister's graduation, he started bad-mouthing her on the plane and then abandoned her and her mother at the airport.

Rather than attend the sister's graduation, he told her he didn't care about attending it. Then James went on a shopping spree spending Sh3 million (3 million Kenyan shillings). At todays rate that would be equal to about $28,011. He reportedly apologized for this afterwards.
She alleges he has gotten drunk and become physically abusive towards her. There was a brawl between them. He texted her and told her not to come back to the house. He changed the locks on the doors so that she was forced to move back to her mother's house with their child. When they later met at his house over the incident, he got drunk and beat her up. (Keep in mind we are talking about a man in the cloth here). On August 3rd, she packed her baby daughter's clothes and drove off with the family car. He called the Nairobi Police to come and collect the automobile. Loise has filed in court that he is not competent to be granted custody of their daughter and that he is drunk and abusive and respects no one (not even her mother). Now at this point you may brush this off as simply a marriage gone bad and a guy with mental problems. But wait a minute, there is much more. I've only scratched the surface.

He is an ex-convict who has served several jail terms for theft, illegal possession of firearms, and other misdemeanours.

He was charged with dangerous driving on Julyi 26, 2015 after he got in an accident in which someone was killed and another person was in critical condition Witnesses say he was drunk and driving on the wrong side of the road. After the accident, he disappeared and left the car behind. Dirty and stained panties, empty beer bottles and both used and unused condoms were found in Apostle Nganga's Range Rover at the scene of accident.

In 2012 the pastor was involved in a previous accident in which Mr. Gathee's 16 year old son was also run over and killed a few meters from the 2015 accident.

It appears that the police and the prosecutor deliberately bungled the case: On August 27, 2015 Limuru Senior Resident Magistrate Timothy ole Tanchu denied a request by the prosecution for his DNA samples. He wanted a blood sample from the pastor to be analyzed so it could be compared to the blood at the scene of the accident.

On May 3, 2018, the pastor had a meeting with the judge(Limuru Magistrate: Godfrey Oduor) and offered him Seven Million Shillings to acquit him and his co-accused. Two days later, the judge was promoted by Chief Justice David Maraga. Later than month, the pastor together with the police officers who were his co-accused were acquitted of the crimes they committed.

Who needs church tithes when you make plenty from your other businesses:
https://informationcradle.com/pastor-nganga/

Well...at least he is honest about it.
"I'm rich and don't rely on church offerings". He mentioned that a man at his level who waits for offerings is offensive. "I have over 50,000 pieces of onion as we speak how then would one say that I am dependent on offerings?".
According to the news article, the pastor owns a second hand car selling business in Nairobi, a multi-million shilling luxury hotel along the Nairobi-Nakuru highway, a multi-million mansion in Karen (a suburb of Nairobi) as well as other residential homes across Kenya, the Neno Evangelism Church (which he funded with his car selling business). He also owns several luxury cars.

He formed Neno Evangelism in 1992. As at 1997, the church was estimated to be worth 100 million Shillings

In 2012, a local radio station reported that a drunk Nganga got into a fight with his wife and security guard

Watch him teach his congregation the latest dance moves: https://nairobinews.nation.co.ke/ge...e-video-that-netizens-just-cant-get-enough-of

He embarrasses a poor women who attends his church because she has a paper bag and old shoes:

Here is the transcript:

NGANGA: Kuja na mfuko yako? How can you be this smart, then you carry this [classless] reusable paper bag?

NGANGA: What are you using it for? Ni ya nini?

WOMAN: [Attempts to explain, though her voice is inaudible].

NGANGA: [Takes her by the arm and directs her to stand at the centre of the pulpit]. Utabebaje bag kama hii? Ama wewe ni mganga?

WOMAN: It is a paper bag.

WOMAN: [Looks down, suggesting she is embarrassed].

There were allegations of bribery. In November 2018, he was accused of paying off Tanzanian gospel artiste Rose Muhando 5000 Kenya Shillings if she would put on a show faking that she was demon-possessed. Pastor Ng'ang'a then videotaped this in his church where he recorded exorcising demons out of the Nibebe star. He later denied his demonic exercism and stated that he only attended to her as a doctor would attend to a sick patient.
https://diasporamessenger.com/2019/08/video-pastor-nganga-does-it-againembarrass-a-woman-in-church/

On Sunday November 20 2019, the Kenya newspaper: "The Nation" attended Sunday service at a packed audience at his church:
I will highlight the juicy stuff(This guy is a lolcow goldmine).

During the session for the church offering: "Last Sunday I asked you to come with Sh1,000. Today I want to see how many have done so. Some of you want to become rich but can't spare Sh1,000 to give to the pastor."
Remember folks: "I am rich and don't rely on church offerings".

Testimony Time:
11 men and women walked to the front to give their testimonies. All of them wore reflector jackets indicating they had been pre-selected for this. One of them testified that he had been previously enabled by the devil to command a snake with seven heads and make women fall in love with him just by speaking to their shadows. Another one testified that he could kill her relatives just by wishing bad fortune on them. Another one testified that he had nightmares of being pursued by a giant snake. The journalist stated that this part of the session lasted a good two and a half hours with the pastor asking them leading questions in order to get them to air more and more of their dirty laundry.
Then he ridiculed some of them and suggested they were to blame for their own problems.

A sample of his smug attitude: he asked a woman who narrated how her children had been sent away from school for lack of school fees. "You couldn't afford school fees worth Sh4,000? You don't have a husband? You were unable to pay Sh4,000 only?"

When you go to one of his church services you are forced to stay for the entire service. Apparently his security or whatever will prevent you from leaving until the service is over.

Money Time - The offering time itself lasts about an hour and it is its own little service. The ushers all female go around with big bags collecting the loot. They stand by your seat until you have paid up. Only banknotes are permitted, no coins are allowed. When one of the reporters gave a 50 Shilling note,(it was not enough), one of the ushers stepped down and whispered to the person:" God is watching you. You are stealing from the Lord." After the offering is concluded, the regular service comes to a close. Then it is exorcism time for his "Delivery Service". The pastor will pray over and drive the demons out from you (for a price - this will cost you an extra 3,500 Shillings). If you don't have the money, then he will ask you to pay whatever you can and come up with the balance next Sunday.
https://www.nation.co.ke/lifestyle/...dly-man-of-God/1190-5361302-otu6jr/index.html
Last edited: Aug 23, 2020

Continuation of the post on this guy: I am guessing it must be hell working for this guy. Apparently he gave an obsenity laden public rebuke in his church yelling abuse at his bishops accusing them of not respecting his wife (among other things). He was quoted as saying:

"I am two in one. There is Nganga the man and Nganga the spirit. When the spirit takes over, I become a different person."
He claims the spirit of God instructed him to reubuke the disobedience that was slowing growing in his church. One of the bishops (Robert Wafula) decided he had enough of the psycho pastor and decided to quit rather than wait on whatever kind of revenge Ng'ang'a had in mind.

Twenty years ago he was in prison (Shimo La Tewa Prison) on the coast which is maximum security (holding people such as jihadists, pirates, terrorist masterminds and soldiers imprisoned for desertion). Apparently this is where he got "saved".

This prison is a hot spot for radicalization: https://www.monitor.co.ke/2015/06/03/shimo-la-tewa-prison-radicalisation-hotspot/

Ng'ang'a claims the devil is unhappy with his success and that he will embarrass him by building a 5.2 billion shilling church. He's already making plans for this adventure.

Pastor Mg'ang'a came out spewing insults against the rapper over that video and then makes lewd remarks about the rapper's mother saying she is his girlfriend. He also yells abuse
https://www.youtube.com/watch?v=q1-UZ-R82UI&feature=youtu.be

Twerking in his church
https://www.youtube.com/watch?time_continue=7&v=1atVxS_DoJM&feature=emb_logo

https://www.bing.com/videos/search?q=Pastor+Maina+Nganga&FORM=VRMHRS
There is a whole bucket of videos on this pastor

Here is him doing an exercism on a demon possessed woman
https://www.youtube.com/embed/JZqMfTxK23Y

Snoop Dog calls the pastor out on his bullshit exorcism ceremonies:
https://nairobinews.nation.co.ke/ch...pastor-nganga-after-exorcism-video-goes-viral